Retiro is one of the smallest neighborhoods of Buenos Aires, it is only 2.8 square kilometers; however, you will find very diverse history and Argentine idiosyncrasies. You can try it going down San Martin Square slope, or you can walk its winding roads full of art galleries, or perhaps mingle among the hordes of passengers (more than one hundred thousand!) coming in and out of its train station.

Opposites live together in Retiro. Luxury hotels, with street carts selling the local classic "choripán", a kind of sandwich with grilled sausage. Ultra modern building towers, with some of the best architecture landmarks of Belle Époque. The Monument to those who died in Malvinas, together with the English Tower. And in this mix of experiences, Retiro shows a multifacetic Buenos Aires better than any other neighborhood.

Designed the famous landscapist Carlos Thays, you will see white collar workers having lunch under the sun, or teenage urban tribes rehearsing hip-hop choreographies. Where? On the steps of the monument to the hero who gave his name to the Square, who is of course riding his legendary horse.

In diagonal, you will easily identify Retiro station, of the vital centers of the city. You should really visit the building of General Mitre Railway. With its spectacular hall, it was one of the most emblematic buildings in South America for years. Moreover, a fundamental scene of the film El secreto de sus ojos, (The Secret in her Eyes) was filmed in one of its platforms; the Director was Juan José Campanella, and the movie won the Oscar to Best Foreign Film in 2010. 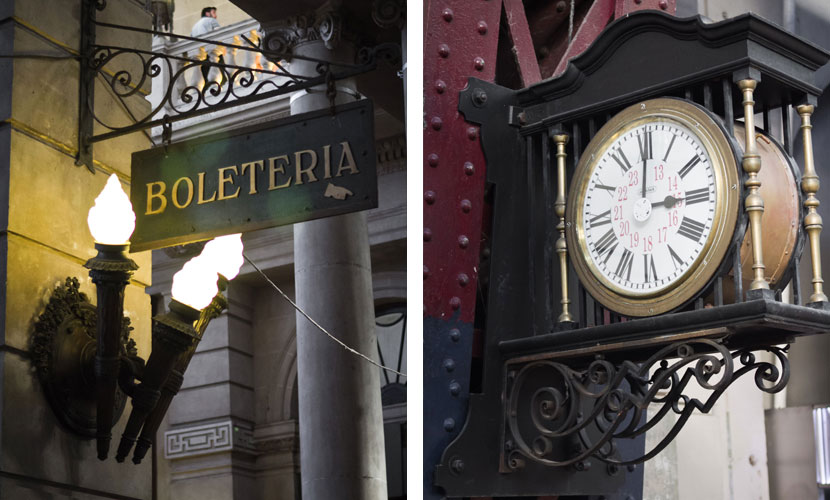 Opposite you will find the square with the English Tower: a gift made by the British in 1909 to commemorate 100 years of May Revolution, the first step towards Argentine Independence. Across the street you will find Sheraton Hotel with all its rationalist corpulence, a key location for Fabián Bielinsky film, Nueve Reinas, another important movie made in Argentina. The buildings adjacent to the Sheraton form an area known as Catalinas Norte, holding the buildings of some of the most important companies of the country. Like a petit Wall Street, this complex started to go up in the early 70s. And it is still in expansion: in 2010, the Government of the City of Buenos Aires sold adjacent spaces for 181 million pesos, and many talked about "the most expensive land in Argentina". It was bought by businessman and art collector Eduardo Constantini -owner of Malba museum, among many other projects.

But Retiro is also a women's land. Two powerful women ordered the construction of the most emblematic -and antagonist- buildings in the neighborhood. The Argentine Chancellery -former Anchorena Palace- is located on Arenales 761, a symbol of Argentine-French aristocracy of the early 20th Century. In Florida 1065, you will find Kavanagh building, a huge art decó concrete building: when it was opened in 1936, it was the tallest in South America, with 120 meters and 33 floors. There is a famous story that tells that Corina Kavanagh had designed this huge building to obstruct the views to Santísimo Sacramento Basilica to Mercedes Castellanos de Anchorena. Why? Because Doña Mercedes did not approve Corina Kavanagh's daughter as her daughter in law because of her plebeian lineage. 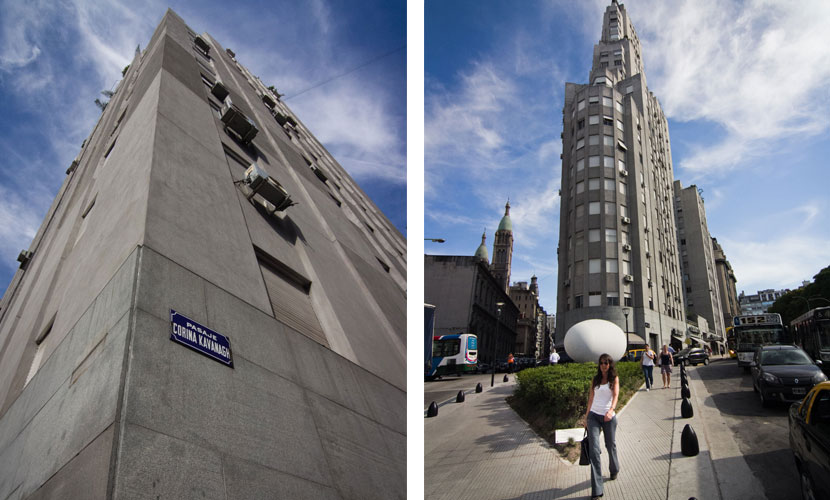 And now, away from San Martín Square, you can choose your own adventure: Would you like to head South or West? If you want some action, the answer is South. There you will find the beginning of the famous pedestrian street Florida. A synonym of shopping par excellence, Florida has it all, from leather to electronics, as well as high quality brands and souvenirs. Reconquista street is also to the south, filled with lots of bars opening for after office at about 6 p.m., full of locals and foreigners taking advantage of 2x1 in drinks and beers.

However, if you want to make a pause of urban bustle, you should go West to enjoy the silence in the elegant streets such as Basavilbaso, Juncal, Esmeralda, Suipacha and Arroyo. In this area, a synonym of high class art, you will find galleries, antique shops and design stores. If you are surprised by a colonial facade, you are in front of the Museum of Hispanoamerican Art Isaac Fernández Blanco (Suipacha 1422). This beautiful museum displays one of the best collections of the Viceroyship era, with objects ranging from Jesuitic and Franciscan legacy to Guarani and even Flamingo legacy. Its lovely backyard with a reservoir and vines is an oasis of peace and silence, and you will wonder whether you have escaped from the city frenzy.

If you still have some energy, keep walking down Suipacha to Avenida del Libertador. There, on Number 405, you will find the studio of the extravagant artist Carlos Regazzoni, who became famous for his huge insects made with tracks and parts of trains in disuse. Filled with apparent scrap that he transforms into avant-garde works of art, his work space if a true reflection of his fantastic and intriguing world. Don't worry, you are still in Buenos Aires; this is just of its many sides.

WHAT´S HAPPENING AROUND Retiro?
VIEW ALL
PLACES TO GO IN Retiro
VIEW ALL